Discover Pula and its region!

Pula is one of Istria’s most authentic and complex cities known for its impressive Roman ruins and a verdant coastline. Unlike other Istrian destinations however, Pula has a flourishing life apart from the tourist business. It’s an important shipbuilding centre.

As Pula is well-connected by road with everywhere in Istria, there are a wealth of interesting day trips. Visitors may want to make Pula their headquarters for their Istrian holiday.

Once a gladiator battleground, today a venue for summer performances, this is one of the world’s best-preserved Roman arenas.

Nearby, is city waterfront promenade, restaurants for everyone taste and pizzerias, bars and the most famous Pula`s night clubs as well.

Pula’s most famous and imposing sight is this 1st-century oval amphitheatre, overlooking the harbour northeast of the old town. It’s a huge and truly magnificent structure, slotted together entirely from local limestone and known locally as the Arena. Designed to host gladiatorial contests and seating up to 20,000 spectators, it’s now Istria’s stellar tourist attraction but still serves the mass entertainment needs of the local populace in the shape of concerts, some by big-name acts.

This is the only visible remnant from the Roman era on the Forum, Pula’s central meeting place from antiquity through the Middle Ages. It used to contain temples and public buildings, but today this temple, erected from 2 BC to AD 14, is the showcase. When the Romans left, it became a church and then a grain warehouse. Reconstructed after a bomb hit it in 1944, it now houses a small museum of Roman sculpture with the occasional temporary show.

If beach fever grabs you, head out to Verudela peninsula 2km south of the town centre where you’ll find many rocky beaches. Pula beaches go in and out of fashion but Valkana Beach, Hawaii Beach, Kolumbarica Beach and sandy Debeljak Beach are usually the most popular with the locals.

The Brijuni Islands National Park, off the coast of Pula makes a lovely day trip that combines Roman ruins with reminders of ex-Yugslavia within a stunning natural landscape. 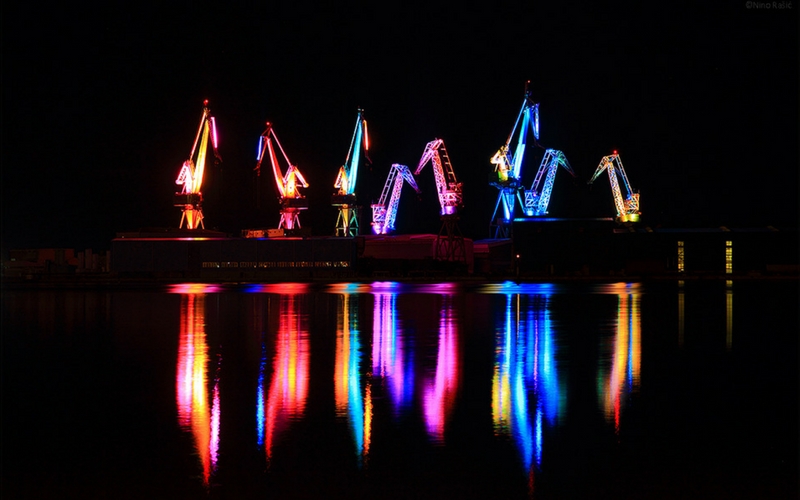 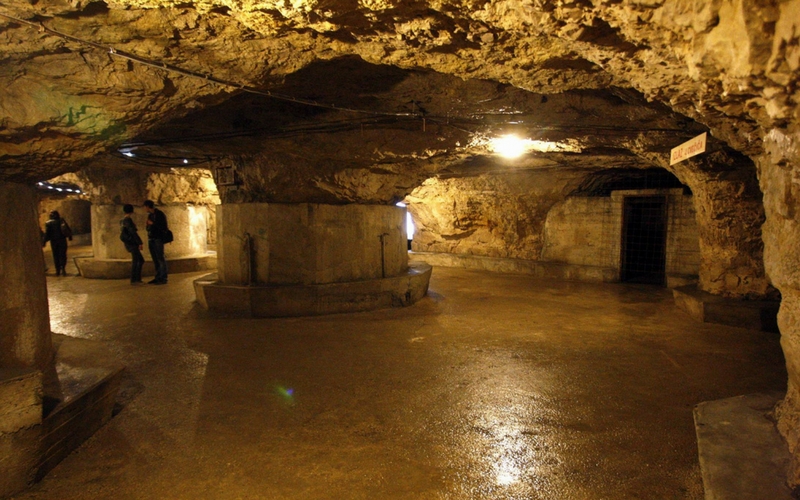 This underground system of tunnels was built before and during WWI to shelter the city’s population and serve as storage for ammunition. Now you can walk through several of its sections, which all lead to the middle, where a photo exhibit shows early aviation in Pula. There are three entrances – one by the Forum (in a tiny unmarked street off Kandlerova), another by the Archaeological Museum and the third by the taxi stand on Giardini. 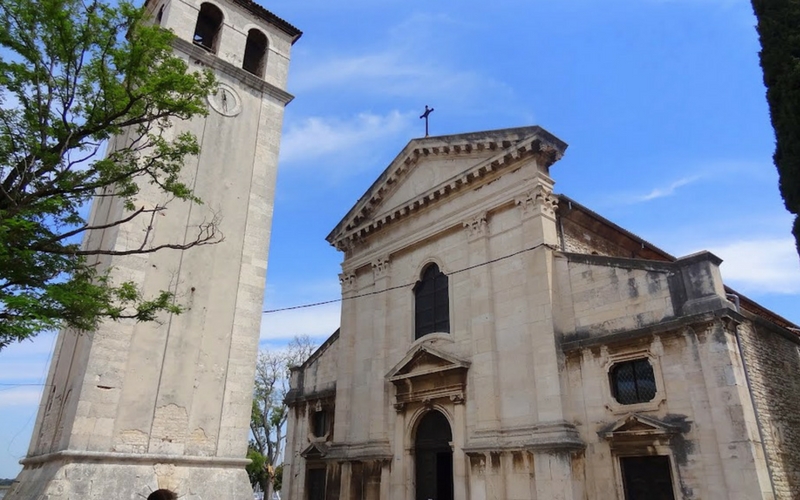 The main altar of Pula’s 5th-century cathedral is a Roman sarcophagus holding relics of saints from the 3rd century. The floor reveals fragments of 5th- and 6th-century mosaics. Stones from the amphitheatre were used to build the bell tower in the 17th century. 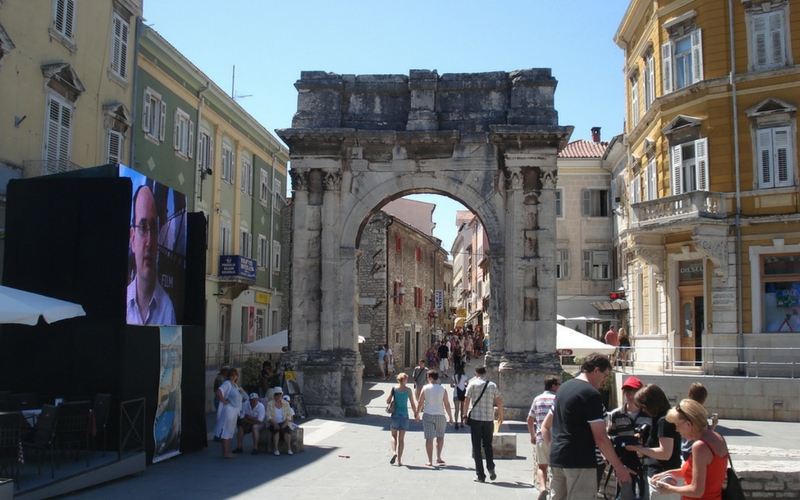 Along Carrarina are Roman walls, which mark the eastern boundary of old Pula. Follow these walls south and continue down Giardini to this majestic arch, erected in 27 BC to commemorate three members of the Sergius family who achieved distinction in Pula. 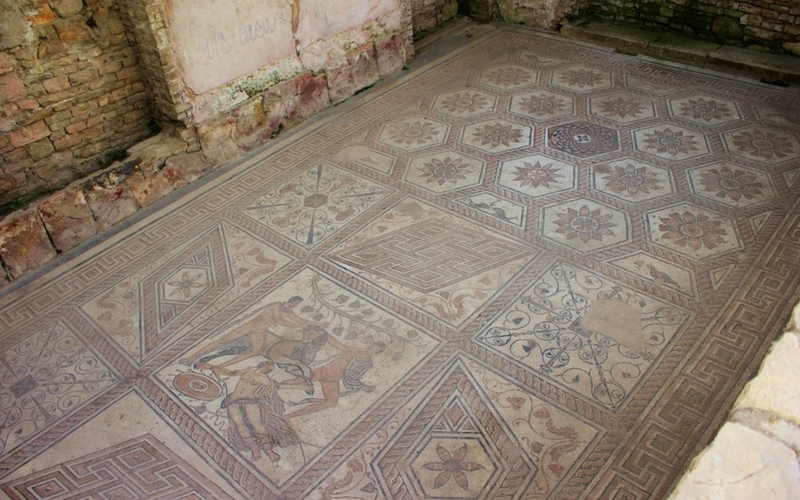 This well-preserved mosaic dates from the 3rd century and is a must-see for fans of things Roman. In the midst of remarkably well-preserved geometric motifs is the central panel, which depicts bad girl Dirce from Greek mythology being punished for the attempted murder of her cousin. It’s tricky to find – follow the brown signs from the car park on Flaciusova.

Museum of Contemporary Art of Istria 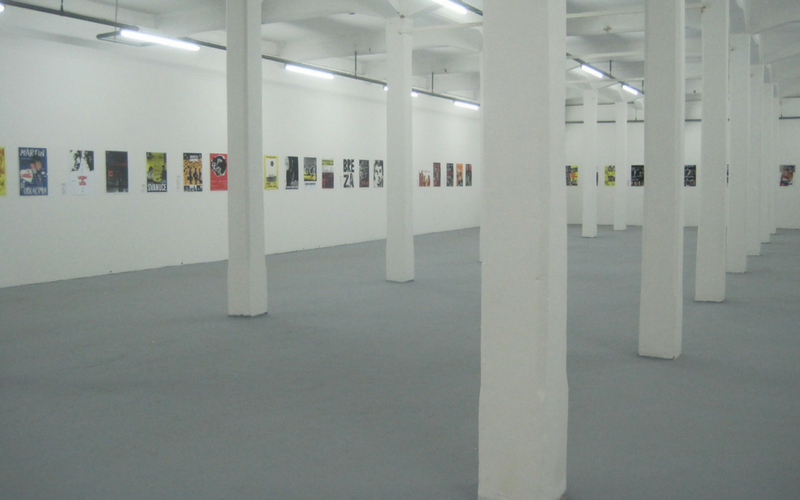 Pop in to Pula’s contemporary-art museum, inside the old printing house off the harbour, to see Istrian art from the second half of the 20th century until today. Rotating exhibits change frequently.